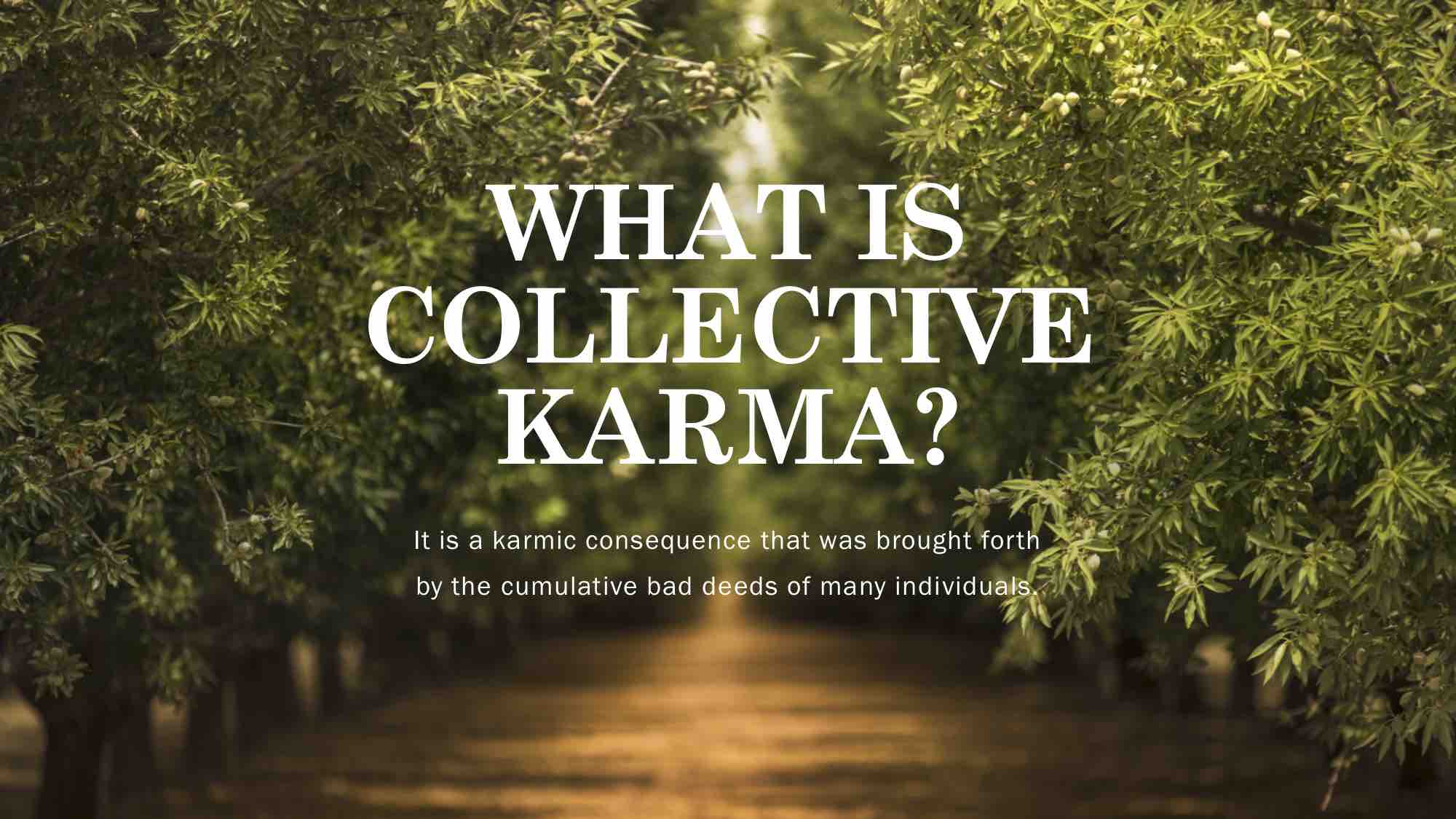 Heavenly justice not only determines the karmic retribution of an individual, but also determines the karmic retribution of an era, region, country or even the whole world. Natural and man-made disasters are manifestation of evil karmic retribution. The best example of collective karma is the greenhouse effect which we are unable to hold a specific person responsible for, as the majority of us have a part to play in it. For example, the emission of exhaust fumes from automobiles and industrial pollution, excessive deforestation and so on, are all part of the causes that attribute to the creation of greater negative karma. Once the seeds of bad karma has been planted, the negative karma will be automatically arranged and scheduled for its retribution in the future in accordance to the law of cause and effect and heavenly principles.

The negative consequences brought about by collective karma is dark energy in our external environment, which is relatively dense and widespread. On the other hand, natural disasters are a state where collective karma is about to ripen and erupt. For a person with predestined calamity who has a dense dark energy field, when they are present or have inexplicably made their way to the site of the impending disaster, it would be hard for them to escape.

< Buddhism: Your Questions Answered
« WHAT IS KARMIC OBSTACLE?
DIFFERENCE BETWEEN KIND DEEDS AND MERITORIOUS DEEDS »